THE MEDITERRANEAN SEA: A GEOGRAPHIC TOUR GUIDE FOR BEGINNERS 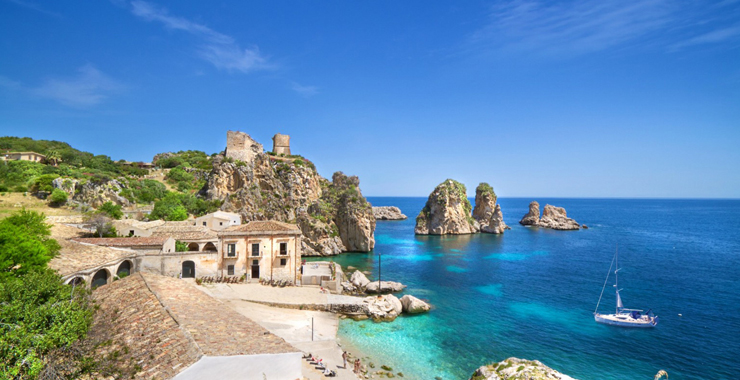 Discover more about The Mediterranean Sea, All the Questions will be answered from ‘Where is The Mediterranean? ‘ To ‘How deep is the sea?’ and ‘ What are the surrounding countries and islands?’

The Great Sea of The Mediterranean also called the White Sea is the largest inland Sea in The world, connected to the Atlantic Ocean by the strait of Gibraltar. The Name derives from Mediterraneus, a Latin word meaning ‘Between lands’ and it describes the exact location of the Sea; in the middle of Earth.

Like it is connected to the Atlantic by the 14 Km wide strait, the Mediterranean Sea is also connected to the Red Sea by the Man-made Suez Canal and the Black Sea by the Bosporus, the Sea of Marmara by the Dardanelles. Its chief subdivisions are the Aegean Sea between Greece and Turkey, the Adriatic Sea between Italy and the Balkan Peninsula and the Tyrrhenian Sea enclosed by Sardinia, Corse Island and the Italian peninsula.

The Topography of the land surrounding the Mediterranean Sea is varied with rugged coastlines, high mountains, rocky cliffs and long sandy beaches and bays, The Sea borders 21 different countries as well as 3,000 Islands and inlets. Some of the Famous Mediterranean Holiday Destinations are Spain, Monaco, France, Turkey, Greece, Italy, Egypt, Tunisia and Morocco. The largest of the islands are Sicily, Sardinia, Corsica, Cyprus, Crete, the Balearic Islands, and the Ionian Islands. The largest rivers that flow into it are the Po, Mat, Ebro, and Nile.

To learn more about this famous basin you can visit one of the websites below:
Wikipédia
Maps