MALTA AT THE CROSSROADS OF ARAB AND EUROPEAN INFLUENCES 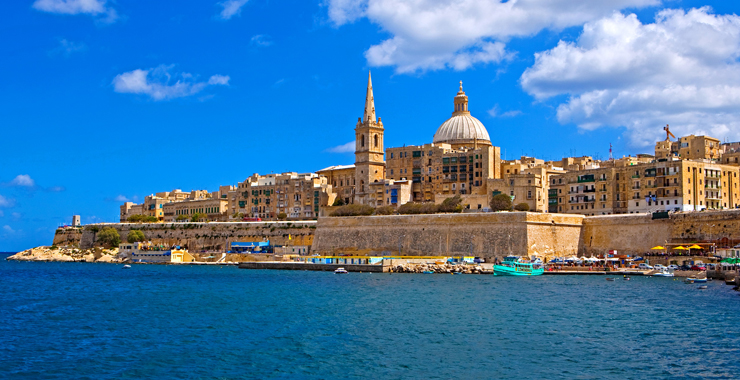 Malta is a tiny archipelago floating the Mediterranean, between Tunisia and south Italy. A bolt-hole of stunning beaches, sparkling coves, pedestrian old fishing ports and chic yacht harbours and sights that speaks of centuries-old history, this Mediterranean treasure trove offers everything that a holiday-maker has ever dreamt of.

When you think of historically rich countries in the Mediterranean, Greece, Italy and Malta are on the top of the list. And yes, despite its tiny size, Malta with is up there with the giants.

For 7.000 years, Malta has been called home by so many societies and went through various cultural changes from Moors to Roman to British colonies, and this rich Arabian and European mixture made the island a UNESCO heritage and open-air museum, especially the capital Valletta. With sights like the 16th century St John’s Cathedral, the Temple of Mnajdra, the unique prehistoric underground temple Hal Saflieni Hypogeum, the Phoenician magnificent fortified Mdina, and so many other landmarks that it would take a whole day to cite.

If you’re a huge fan of old battle movies, you’ll love wandering in the historical landmarks of Malta, where movies like Troy, Gladiator and Alexander were filmed.

Stroll along the fortified grand harbor of Valletta and admire the scenic view while standing above the ruins of the ancient battle site.

Take the ferry or a seaplane to the tiny island of Comino and spend the day chilling by the lagoon and exploring the marine life while diving in Santa Maria Caves or take a boat trip to the tranquil Gozo to enjoy diving underneath the Azure Window, and wandering through rural unspoiled villages of vineyards and salt pans.

Mellieha Bay, Qawra and Bugibba beaches are major tourist attractions, however the most exotic and beautiful bay is in Gozo, the Ramla bay with its deep red sand.

After a quiet and peaceful day out, spice things up by experiencing the vibrant nightlife of Malta in one of the two huge nightlife centers of the island, Paceville in St Julian and Bugibba, both full of bars and upbeat discos.

Choosing holiday rentals in Malta is a very cheap alternative to expensive hotels. Check out www.airbnb.com/s/Malta